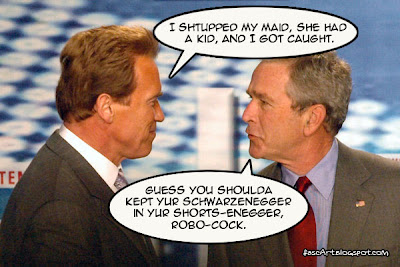 Dramatic re-enactment of an event that probably didn't occur...

Posted by Professor Smartass at 11:25 AM No comments:

TOON: Would Bush have shared credit with Clinton for killing bin Laden?

The top toon is probably the most annoying I've seen after Obama announced the killing of bin Laden, illustrating the most annoying right wing talking point .
And since right wingers are so Ayn Randian these days, why would they expect anyone to admit their accomplishments depend on the contributions of others (especially in case like this when the contributor gave up before the job was done).
click to see full sized: 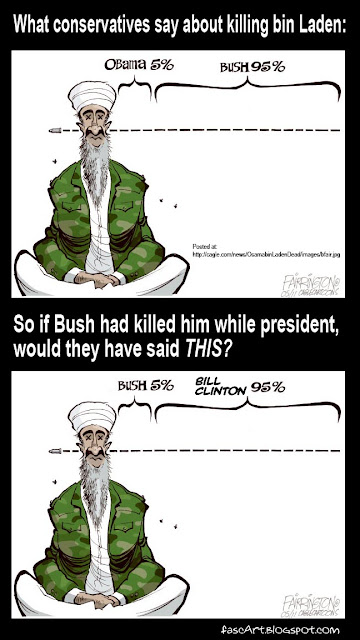 Bill Clinton and the Hunt for bin Laden